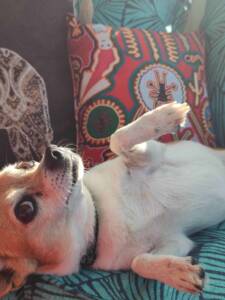 
In fostering him for a friend, in the little time I’ve known him, Oliver is a weird guy. But he’s weird in that special way, full of energy and nerves. He’s clingy and sensitive but full of love. He initially barks a lot when meeting someone new, but he’s all bark and no bite. Just gotta let him warm up to you for a minute. Overall Oliver's a sensitive, loud, and anxious boy. And although full of energy, he can be chill sometimes. He loves receiving and giving attention.

Not up to date on shots

Hasn’t had a vet check-up in over a year

Has no records of previous shots

All we have is a photo of his certificate of Pedigree

Running, playing, and exploring outside.

When outside he likes barking a lot

When you throw this his favorite toy

Cuddles, sitting on your lap

Being locked outside your door (separation anxiety)

Crinkling noises and certain other ones (very sensitive to them)

Color/Markings: White with red or brown


Oliver is being fostered by me for a friend who couldn't get him from family because of distance and circumstances. I agreed to foster him until he can be re-homed. Alas, I am but a humble college student currently living in their mom's house (who is not fond of Oliver peeing on her floors and would like to see him be re-homed as soon as possible) so if I can't get him re-homed permanently, I'd be down to find him another foster home. 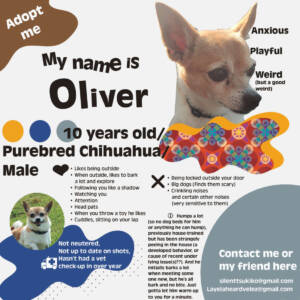 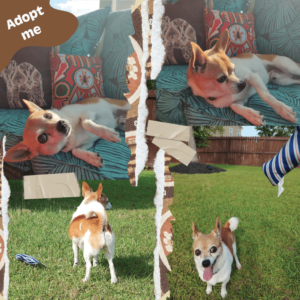 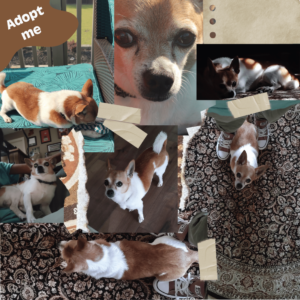