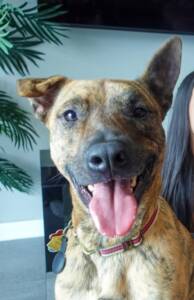 
Taz is 4 year 8 month old Belgian Malinois and American Bulldog Mix. I've had him since he was 2 months old but unfortunately will be needing to rehome him, as I am moving abroad from city to city in a few months.

He has always lived in Miami and is used to living in apartments/condos, but I'm sure he would LOVE a home with a yard as well.

He is very easy to take care of. He has a playpen that he sleeps in, but he's usually free roaming around his room / living room and is very rarely locked in the playpen. He goes to the bathroom ~2 times/day and does not require too much attention. He does well with dog walkers / sitters whenever I have to go out of town or am at work. He has a main dog walker in Brickell that he loves, but he's had others as well.

Additionally, He is house trained. Gets along well with other animals. Has not had experience with children. He is scared of strangers initially and will bark and come sniff but is not aggressive and usually becomes calm after a few minutes.

Medical History:
- Had a hematoma in his ear that was treated with medication. No surgery.
- Has allergies - takes Apoquel daily and is on a prescription diet (I use Chewy for delivery).

Food / Treats: Prescription diet due to allergies. He's good at pacing his eating, so no need to time his eating. Doesn't love the prescription treats, but he'll still eat them.

Toys: Loves Kong balls that will not break. Will probably rip up anything for small dogs. Not into antlers.

Activities: Enjoys laying outside, running back and forth on my balcony, and going to the dog park. Doesn't love LONG walks with a lot of people around, but does great at dog parks.


Unfortunately, will be needing to rehome him, as I am moving abroad from city to city in a few months. 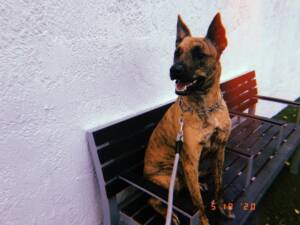 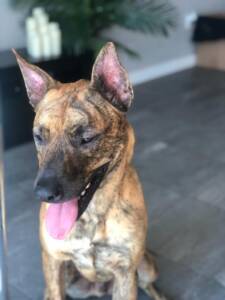